Dave Juliano during the day! 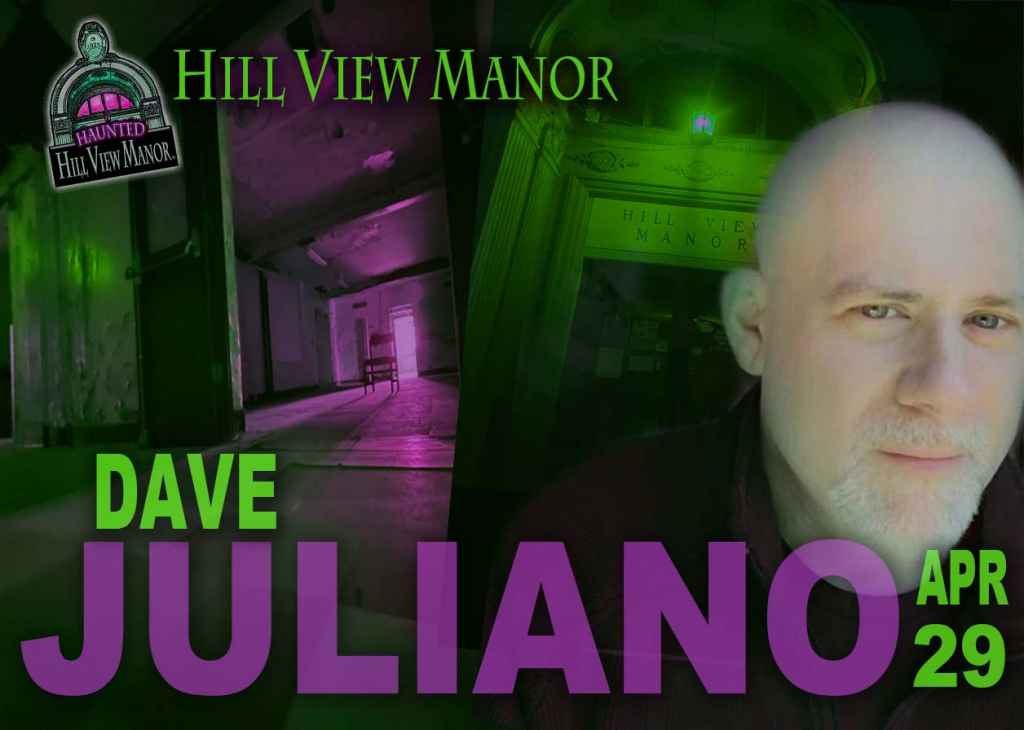 Join Dave Juliano, his team for a ghost hunt in a location that’s on most bucket lists to investigate! Hillview has its resident spirits, many well-documented experiences and lots of great evidence that has been obtained here.  There is an optional mini ghost hunting 101 class going over equipment proper equipment use, techniques and “How to protect yourself” Class during the afternoon.

Hillview Manor in New Castle PA dates back to 1926. It was The Lawrence County Home for the Aged and housed the county’s mentally ill, severely destitute, and elderly residents that didn’t have any known family. In 1974 the County added another wing and more basement space. It was renamed Hillview Manor. After it was closed in 2004 it became apparent that some of the residents had never left. It’s been featured on paranormal TV shows such as Ghost Adventures, Ghost Hunters, Ghost Lab and Ghost Asylum.

This is your investigation!  You can explore the building on your own at your own pace.  You’ll get a short tour so you can see things with the lights on and then you are free to explore.   Bring your own equipment and The GhostHunter Store will have some of the newest and hottest equipment that everyone can use and test drive in some of the most active areas.   If you’re new to this, then bring your senses and your phone.  Your phone has a camera and audio recorder so your set.  Dave and his team will be there to help and demonstrate some of the equipment to those interested. 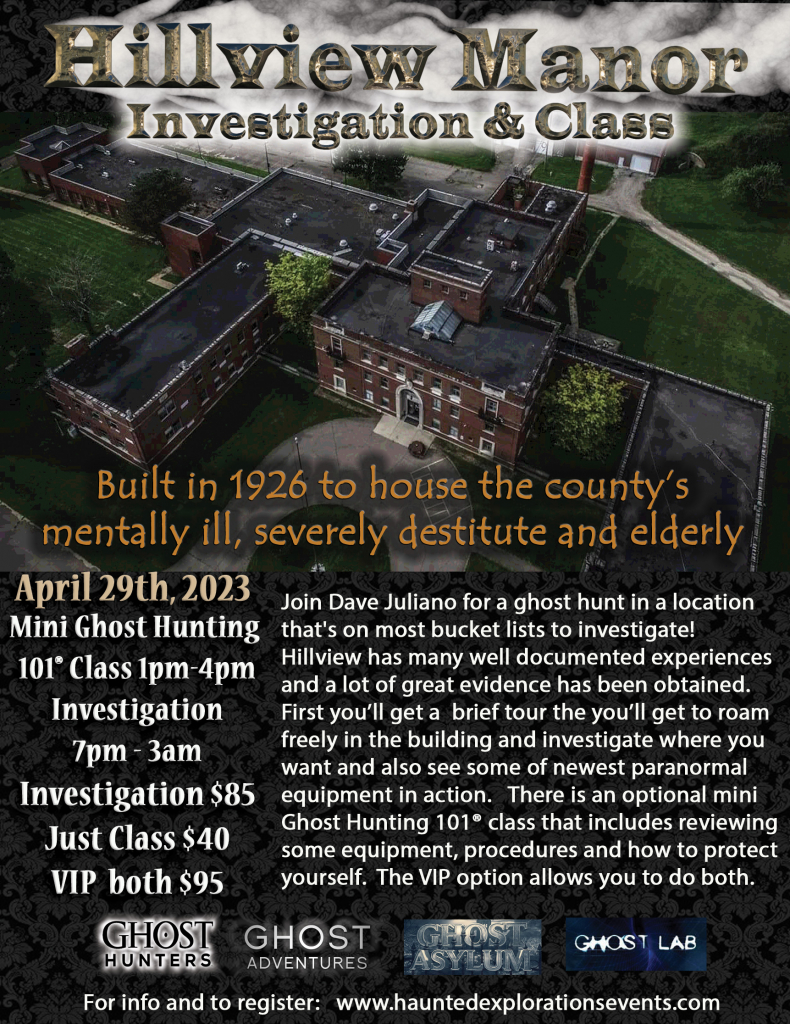 VIP ticket for the Class and the Investigation – $95